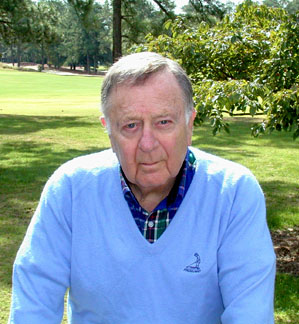 Former ABC staff announcer Allan Jefferys said that it wasn’t until the fourth time that he reviewed a play written by the legendary Neil Simon that he “began to realize just how serious comedy was.”

Allan was the theatre critic for Channel 7 WABC television in New York City when Plaza Suite premiered in February, 1968.

After broadcasting his review, the Atlantic City, N.J. native went to the opening night party and “remarked about how funny the show was and how serious it was.”

The director, Mike Nichols, who was about to receive an Oscar for his work in directing the movie The Graduate, laughed and said, “Of course. All good comedy is serious stuff.”

“He did not elaborate,” Allan stated in a June 11, 2006 e-mail message to Musicradio77.com. “There was no need to. I just came late to learn what he and Neil Simon had known for years.”

In addition to reviewing theatre productions and interviewing celebrities ranging from John Wayne to Paul Newman, Allan - who now lives in semi-retirement Pinehurst, N.C. - has been involved in a raft of other media projects.

For four years he hosted a show on the ABC Radio Network that included live music; in the 1960s he did newscasts and station Identifications for WABC-AM and FM; he has served as a staff announcer for a television show starring Robert Goulet; Allan has written novels; and he has done voiceovers for such clients as Dodge and Chevrolet.

He also was an Air Force pilot who flew a planeload of paratroopers to Normandy on D-Day during World War II and then worked at a variety of jobs, including as a taxi driver and real estate agent, before landing a television show in Washington, D.C., in the 1950s.

Former colleagues frequently praise him as being “articulate.”

“He has a way with words and was one of the smartest staff announcers that we had,” said former WABC air personality and former ABC staff announcer Bill Owen, who wrote a novel, D.J., with Allan.

The book is about an air personality who went to the top and then to the bottom. Published in 1971, it has sold more than 500,000 copies.

Allan started covering Broadway in 1961 for ABC Radio’s Flair Reports, which led later to his doing reviews on WABC radio and then the ABC Radio Network.

Starting in the mid-1960s, he would go to Broadway Shows wearing a tuxedo for Channel 7, frequently taping his reports in the theater immediately after the end of the play. A motorcycle courier would then deliver the tape to the station.

He said that after a short time, people, including some of those working on the production, would stand nearby as he taped his review. He said that one producer once told him that she was about to hit him with her pocketbook.

“The good critics are the ones that are totally objective and don’t let their prejudice come through,” Allan said in explaining how to rate the quality of the reviews.

“I don’t like rock & roll, but I gave Hair a good review,” he said of the 1960s musical. “I thought they did a very good job with that production.”

He said in a speech to a theatre class at Weber State University in Utah that he “parted company” with the critics who thought,  “they were experts in every field.

“In one season, you were offered plays centering on Catholicism, Judaism, Martin Luther, the holocaust, gay themes, broken families, adultery and murder,” Allan continued. “Who could pretend to be knowledgeable about each of those subjects?

“I described the plot and theme but did not comment on theme. . . preferring to dwell on how well the show was written, directed and acted,” he said.

“The most important critic was the New York Times, which I think was mostly a result of tradition,” Allan added in a June 9, 2006 phone interview with Musicradio77.com. “Actually, on some occasions, they’ve had some pretty bad critics.”

He stated in the speech to the Weber State theatre class that a bad review by The New York Times could destroy a Broadway show.

“There have been occasions when the Times was alone in a bad review and the total opinion of other critics outweighed the giant,” Allan said in the speech, which is posted at www.AllanJefferys.com.

Allan said that he did about 2,000 interviews with entertainment figures for ABC radio and television over the years.

He said that, in particular, he enjoyed his interaction with British actress Angela Lansbury, who captured four of Broadway’s Tony Awards.

However, he said was not as enthusiastic as some other observers about Angela’s 1980s and 1990s CBS Sunday night hit, Murder, She Wrote – indicating that he thought that it was poorly written.

Allan also said that he exchanged Christmas cards with composer Harold Arlen, who wrote the score for the movie, The Wizard Of Oz and several other productions.

He said that he had to clear some hurdles to get access to some entertainers.

For example, Allan said he was able to get seated to dinner one night with Tony award-winning actor Zero Mostel and after he offered some witty anecdotes, Allan asked if he would mind saying them on tape.

When Zero, who starred in the Broadway version of Fiddler on the Roof, answered affirmatively, Allan pointed to his camera crew that was standing nearby and proceeded to conduct the interview.

Allan, who once was one of the judges for the Tonys, acknowledged that there also were some difficult interview subjects.

He said that although comedian Milton Berle was very talented, the longtime television star was “flip and uncooperative” during their interview. He said Barbra Streisand mostly gave “one-word answers” during a session at an airport.

Apparently Allan used some of his experiences on Channel 7 Eyewitness News in the 1960s in writing A News Story, a novel published in 2003. It includes a wide cast of characters from a television news operation that is making the transition from public service to becoming a cash cow for the station.

He also hosted Allan Jefferys in the Land Of Music on the ABC Radio Network from 1961 to 1965. The network’s owned and operated AM stations, including Musicradio 77 WABC, had mostly adopted rock & roll formats by that time.

Thus, except for the Washington, D.C., affiliate, the weeknight show was carried by about 100 of the smaller affiliates across the country.

Nevertheless, it had an audience of 1 million, Allan stated in a June 19 e-mail message.

The show was an outgrowth of Allan Jefferys’ After Hours Club, which was on WABC-AM before the change in format to Top 40 in December 1960.

“Because of WABC’s low frequency and high power, it was heard into the far west and down to South America,” he said. “We got mail from many people who wondered why they could not get music like this in their area.

“All night workers galore tuned in,” Allan added. “Rock was beginning to take over” and the music of Frank Sinatra, Ella Fitzgerald, Dinah Shore, Broadway original casts and big bands “were in decreasing supply.

“Rock would eventually command huge audiences, but there were still a few million people who preferred my kind of sound,” he said.

Likewise, over the following years, the Musicradio77 WABC night and overnight air personalities were heard in 39 states and some foreign countries as the station’s 50,000 watt signal bounced in different directions. They even received fan mail from remote locations.

Allan stated in a June 18, 2006 e-mail message to Musicradio77.com that the show, which was one of the last to regularly feature live music, was one of the top five network music shows during its last three years and was number one in its final year.

It included appearances by such notables as cornet player Bobby Hacket, who performed on all of Jackie Gleason’s albums. The other standouts included Buddy Weed, Mel Powell, Joe Wilder, Dave McKenna, Lucille Lawrence and Lou Garisto.

He said that although he isn’t a fan of Top 40 music he admired the “professional” operation at WABC-AM in the 1960s and 1970s as it became the most listened to station in the nation.

Allan said that Rick Sklar, the station’s highly regarded program director, would hold contests that would generate a flurry of entries through the mail even though there was just one prize.

He said that Rick apparently had some of the same abilities as Roone Arledge, the former ABC Television Sports and News President, in that he could quickly determine what the public was interested in.

Allan said the only Musicradio77 WABC air personality that he got to know well was Cousin Brucie, mostly because they had mutual friends and shared an interest in photography and the theater.

Excerpts of Allan doing newscasts for the New York City ABC owned radio stations are included in the ABC Staff Announcers Reunion that was assembled by Bob Gibson and is posted in the Sound Files section of Musicradio77.com.

Allan and his wife, June, have lived in North Carolina since the late 1980s. For years, Allan played golf in the area, but now concentrates on American Rules Croquet.

(Allan Jefferys passed away on September 29, 2011 in Pinehurst, North Carolina)