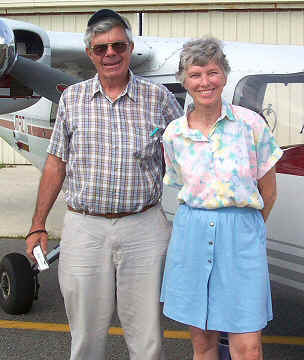 When Ed Hardy, the news director at musicradio77 WABC, asked his first reader-writer newscaster, Bob Hardt, in the winter 1968 if he could recommend someone who could take a similar position during morning drive, Bob immediately provided a candidate – although they had only met once.

That encounter came on election night 1965 when Bob and his recommended candidate, John (Jack) Meagher (pronounced Mah-her), had both covered the headquarters of Walter Sahmie, the Republican candidate for mayor of Detroit.

Both of them were becoming established in the Motor City. Bob began working at WXYZ, the ABC affiliate there, in 1963, shortly after graduating from Michigan State University. John was at a competitor, WKNR, also known as 13-Keener.

In January 1968 Bob became the first reader-writer at WABC, just days after it eliminated some of its ABC network commitments, such as The Breakfast Club and the news scope that ran from 5:55 to 7:15 on weeknights. Within months it would be the most listened to station in New York City.

WABC now was part of the newly formed American Contemporary Network, which delivered concise world newscasts at :55. In addition to the staff announcers, who had delivered the newscasts for years, the station decided to hire a newscaster for the afternoons that would also write some of his news stories.

Bob wrote in an Apr. 26, 2005 e-mail that he recommended John for the morning reader-writer position to Hardy “based on my listening to him on the air.

“I liked his delivery and his writing style and knew from friends who worked with him at Keener-13 that he was an upstanding guy,” he added.

Over the following years they often teamed on such public affairs shows as The WABC Radio Press Conference and Perspective.

They also substituted for each other during vacations and illnesses from 1968-1971 when they were the only reader-writers on the news staff.

Both John and Bob are ham radio operators who worked together for years in the club that runs a major amateur repeater station in New Jersey, and John was best man at Bob’s wedding in 1980.

“Bob was always Uncle Bob to our kids,” John said in an Apr. 15, 2005 phone interview with musicradio77.com regarding the relationship between his friend and John’s two sons – John and Paul.

Early in their careers at WABC, John convinced Bob to move to Norwood, N.J., not far from his own home in Closter.

Over the next 15 years, John would deliver the newscasts for Herb Oscar Anderson, Harry Harrison, Dan Ingram and Ross & Wilson during WABC’s era as a music station. He continued for another year, until 1983, after the station switched to a talk format and then spent the final 15 years of his career as an anchor for 1010 WINS, which has regularly been the highest-rated all-news station in the Big Apple.

In reflecting on the changes from 1968, when WABC had newscasts at :25 and :55 each hour, John said the Federal Communications Commission (FCC)  “didn’t do anyone any favors” by enacting deregulation legislation that has substantially lowered the requirements for news coverage.

“A lot of stations aren’t going to do news if it’s not required,” he said regarding the small amount of coverage provided by many stations.

Bob, who stayed at WABC until 1979 and then worked for 25 years at ABC radio news, said in a 2003 interview with musicradio77.com that deregulation by the FCC has reached the point where there are hardly any opportunities for aspiring newscasters to get experience now at small and medium market stations.

Stations in those markets typically only offer network news.

“It’s great for the bottom lines, but not for the populace,” said John of deregulation.

“However, I’m not sure how many people care,” he added regarding the apparent disinterest that a large segment of the population has in news coverage.

John said he had an interest in radio since he was in middle school. He was born in West Virginia and grew up in Michigan.

He served in the Navy in the 1950s, including a stint in Norfolk, Va.

Later, John worked as an electronics technician and then sent out 40 letters seeking work as a newscaster, eventually landing a position at WELL in Battle Creek, Mich.

After some, time he considered leaving because of the low pay, but instead was able to land the position at WKNR, another station that the company owned.

John said he always felt fortunate to be working at WABC, which he stayed with for a year after it made its transition from music to talk.

“I didn’t take it for granted that I was there, because any number of people could have been doing the job,” said the longtime newscaster, who retired in 1998 and now lives with his wife, Sally, on the outer banks of North Carolina.

To hold a music audience, he said the news stories had to be concise and include audio where applicable.

“The writing had to include the barest essentials,” John recalled. “A lot of things got left on the cutting room floor.”

He said he looks back fondly on his association, for example, with Bob; field reporter Gus Engelman; and longtime writers Webb Kelley and Joe Weill.

John said many of the news personnel at WABC during that era stayed for several years and thoroughly enjoyed their jobs.

However, he said he has some reservations about air personalities and elected officials.

“Some of the people that you may not want to know are disc jockeys and politicians, because their public persona may not be the same as their private persona,” John said.

However, he said that Harry Harrison, who lived in nearby Norwood, N.J., and Ron Lundy, the popular longtime midday personality, were two air personalities who weren’t in that category.

“They both were very genuine people,” John said of the two air personalities that he worked with in the mornings for many years at musicradio77.

John said he felt comfortable working primarily as an anchor through the years.

“Street reporters earn their money,” John said of the obstacles that Gus and the other correspondents faced. “They put in a lot of hours and there is a lot of stress in going to news conferences and then having to file stories.

“I preferred being in an air conditioned office with coffee down the hallway,” he added.

John said that after he arrived at WINS, it took a while to become accustomed to being an anchor for an all-news station where there was “a deadline every two minutes.”

However, he spent 15 years at WINS, which through the years has typically had higher ratings than its primary competitor, WCBS, which became an all-news station in 1967.

“It is a good beer and potato chips all-news station,” John said regarding WINS’ success.

For years, the station advertised, “Give us 22 minutes and we’ll give you the world,” as its motto for providing people with fast-paced lives an overview of world and local news in a short time frame.

John said he admired some of the features that WCBS ran, but isn’t sure if they attracted a huge number of listeners.

He said although he enjoyed his career as a newscaster, he’s glad to be away from the stress of constant deadlines and rewrites.

John has had a commercial pilot’s license since the 1970s and now pilots charter flights to and from the outer banks.

He said that he and his wife enjoy being in a less congested environment.

“Down here the traffic, in comparison, seems sedate, even when it’s heavy,” John said.