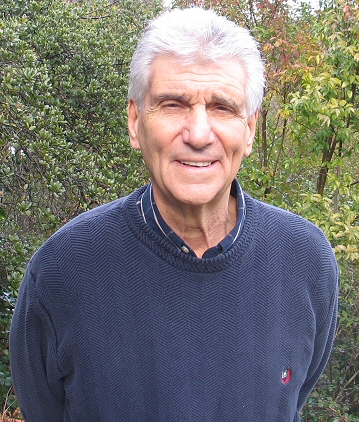 Marty Ross was the Musicradio WABC General Sales Manager from 1971 until 1974.
This was an era when WABC was attracting six million listeners a week!

Scott Benjamin caught up with Marty for an interview and he talks about everything
from management, to the DJ's and how Top 40 radio was appealing more and more to mainstream advertisers:

Former Musicradio77 WABC general sales manager Marty Ross said that when he arrived at the station in 1971, Top 40 music, which had been harshly criticized by parents less than 15 years earlier, had become accepted, which provided opportunities to attract clients beyond the acne cream, hair spray and soda companies that appealed to the teens.

“Studies were starting to show that young families, people in their late 20s and 30s even in their 40s, were listening to Top 40 radio,” he said in a Jan. 23, 2009 phone interview with Musicradio77.com. “All of the sudden you had banks, airlines and car manufacturers that wanted to advertise on Top 40 radio.”

Marty, who grew up in the Bronx, started his sales career at WMCA in the early 1960’s as the Good Guy air personalities were becoming established.

He became friends with B. Mitchell Reed, who was the night air personality at WMCA from 1963 to 1965, immediately preceding Gary Stevens, who left in 1968.

“I always had an interest in radio,” Marty said. “An uncle gave me a little crystal radio when I was young.”

While he was at the station, he took classes at night and earned a bachelor’s degree from the City College of New York.

“It was a terrific time to be in New York radio,” he said. “You had some terrific Top 40 stations in WMCA, WABC and WINS.”

WINS adopted an all-news format in 1965, which it continues to use. WMCA dropped its Top 40 format completely in 1970 after WABC had gone to a more music format with fewer network commitments in 1968 and soared to the top of the New York City ratings.

“There were some great air personalities and some fierce competition,” Marty said.

“The networks that owned the stations didn’t treat them as commodities,” he said of NBC, ABC, CBS, Metromedia and other networks in comparing them to some of the conglomerates that now own chains of stations across the country. “They cared about their sound and the philosophy.”

After taking a position with Metromedia, selling air time for New York’s WNEW, Marty became the sales manager in 1969 at Metromedia’s KMET-FM in Los Angeles, which had a progressive music format that was similar to WNEW-FM.

“When I arrived they had 6 million listeners a week, which was absurd for a local radio station,” Marty said. “They had a bigger audience than some of the New York City television stations.”

“We never wanted to gouge anybody,” he said regarding the commercial rates. “The customer comes first, and we wanted to keep it affordable. When the ratings are bad, you’re going to need those clients. However, in the three years that I was there, the ratings never were bad.”

During his tenure, Marty said he usually had “six to eight” sales associates on the staff, which featured the “the quintessential salesman,” Larry Wynn.

Former Musicradio77 WABC sales associate Dan Aron, has said that there was a story that in 1968 or 1969 ABC Chairman of the Board Leonard Goldenson asked at a board meeting, “Who is Larry Wynn?” after he discovered that Larry was the ninth highest paid person at ABC.

He reportedly cut the sales commissions after he found out that Larry sold air time for Musicradio77 WABC.

“He understood the art of attracting a client,” Marty said of Larry, who had been an entertainer and once had a show many years earlier on WMCA in the days before Top 40 radio.

Larry was the sales associate for the Dennison’s, the men’s clothier on Route 22 in Union, N.J. that stayed open from 10 a.m. until 5 a.m. the next day, and proclaimed in its commercials that it was the store, “Where money talks, nobody walks.”

Musicradio77.com has stated that the Dennison’s commercials were written in iambic pentameter. . . just like Shakespeare.”

From 1966 until the early 1970’s Charlie Greer, Roby Yonge, Les Marshak and then Jay Reynolds would read six of the commercials each hour on the all-night show, with lines such as, “Just bring it, we’ll ring it, to fill the till that’s nil.”

“Their store was nice, but nothing spectacular,” Marty said of Dennison’s. “But those commercials gave it an aura.”

“The reach was great at night with the signal,” he said of the reception that Musicradio77 WABC received in 39 states as well as some foreign countries. “It was as though the station endorsed Dennison’s.”

Marty said that in some instances he encouraged clients to buy live radio commercials.

“What was great about the live commercials was that you might get a minute and a half or two minutes out of them,” he said, noting that some of the Musicradio77 WABC air personalities would ad-lib on some of them.

During his tenure at WABC, Marty forged a friendship with the general manager, George Williams, who held that position from the late 1960’s into the mid 1970’s, coinciding with the principal years of the station’s hey day.

“He was a terrific manager,” he said of George, who had previously served as the sales manager before being elevated to station manager.

“At times he was a hard-nosed former Marine,” Marty said. “But he made it fun.”

“He understood the product and the need to maintain the station’s license, and he protected the bottom line,” he said.

“He wasn’t a programmer, so it took him a little bit longer to understand things that [legendary program director] Rick [Sklar] told him, but he was able to grasp that side of the business.”

“He would ask a lot of questions when I met with him,” Marty recalled of his sessions with George. “He wasn’t asking who I was having lunch meetings with. He wanted to know information about our personnel and if people were happy and what resources we needed and what clients might be coming on board.”

He said that he stayed in contact with George for many years, particularly after he moved to Sacramento, Calif. nearly 20 years ago, which is where George lived for half of the year.

Marty also had praise for Rick, who was noted for short play lists, fast-paced jingles and production and the popular promotional contests, during his tenure as program director from 1963 to 1977.

“What Rick did was bring professionalism to a loose industry,” he said. “He created a strict format of what records to play and when to play them.”

“Rick was one of the most disciplined people that I’ve been around,” Marty said.

He said that during his time at WABC he hired Irene Fulrath, who became the first woman sales associate in New York City radio.

Marty said that the programming and sales divisions had a good rapport, which allowed for the air personalities to attend meetings and promotions with clients

“Ron Lundy was like a teddy bear,” Marty said of the mid-day air personality who would spend 17 years at Musicradio77 WABC. “He was fun to be around.”

“Dan Ingram was maybe the best Top 40 air personality ever,” he said of the afternoon jock.

Marty said that night air personality Cousin Brucie, whom he socialized with, was “effective at talking to kids.”

He said that late night air personality Chuck Leonard “was so smooth and seemed so right for that time period.”

Marty said that his tenure at Musicradio77 WABC coincided with the growing popularity for ABC television’s Monday Night Football, which featured Howard Cosell, who was doing the sports commentary on Musicradio77 WABC’s Six O'clock report and two commentaries a day on the American Contemporary network, which were carried by WABC.

“Howard was one of the brightest, most glib and articulate people that you would want to meet,” he said.

Marty said that his experiences at Musicradio77 WABC were very helpful after he left in 1974 to become general manager of a radio station in Arizona.

He later bought a radio station in California and then worked in management positions in television.

Marty said that for the last seven years has operated an advertising agency in Sacramento with his wife, Sharon, and a partner.

Marty and Sharon have three sons – Michael, Chad and Gary.

“I wore bow ties to the office when I was at WABC, to make a little bit of a statement,” Marty said. “It drove some people crazy.”

“Those years at WABC were the best,” Marty said.